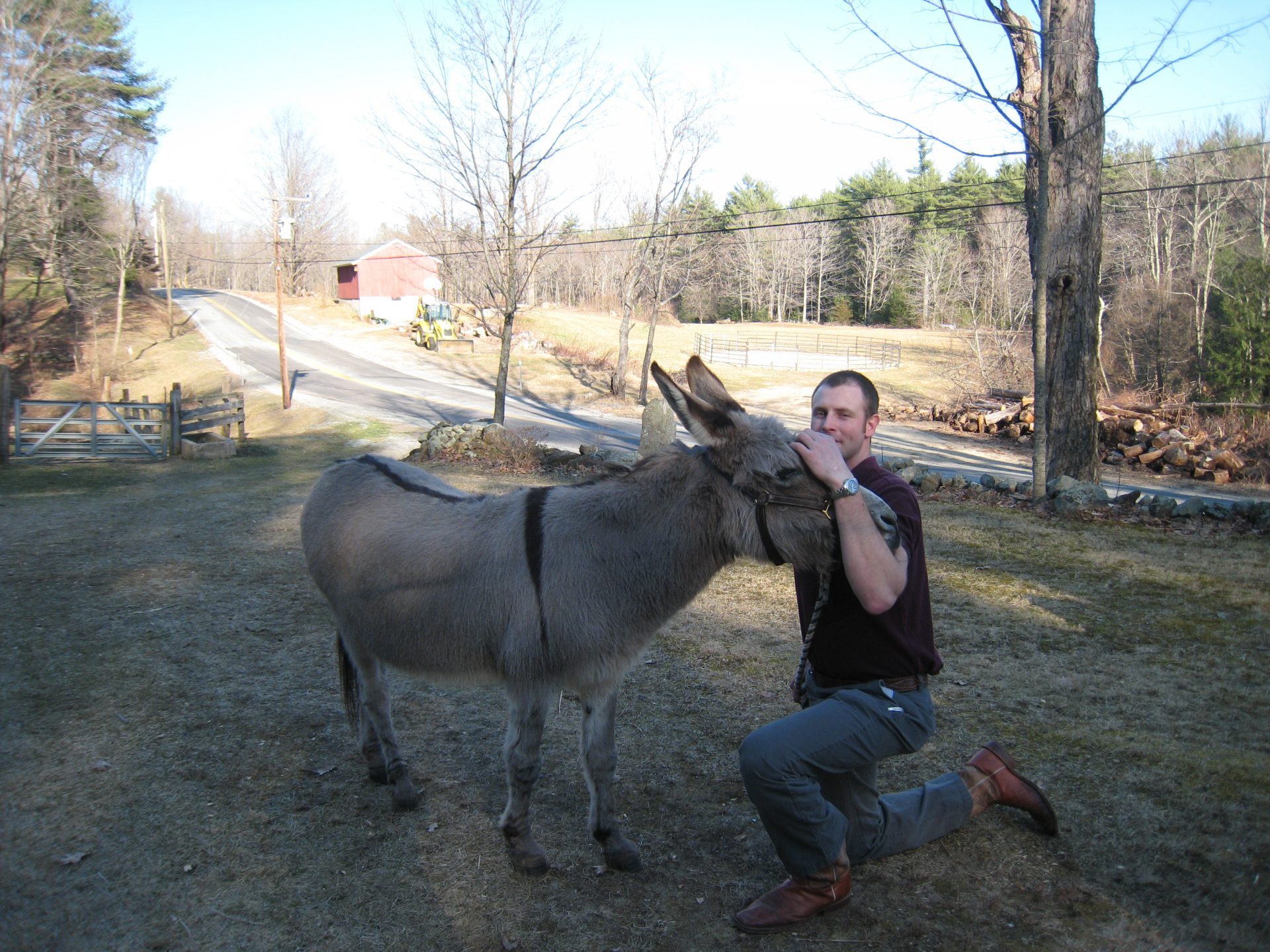 Insulin resistance (also known as Equine Metabolic Syndrome) is a hormonal disorder, often seen in horses considered “easy keepers”, where certain individual horses do not respond to insulin as they should. Insulin is a hormone produced by the pancreas, and its main function is to control blood sugar (glucose) levels by signaling fat, muscle, and liver cells to take up glucose from the blood and store it as glycogen. Insulin resistance is a reduction in a horse’s sensitivity to insulin that makes it harder for the fat, muscle, and liver cells to transport the glucose out of the bloodstream and store it as glycogen. Insulin resistance in horses is often compared to Type II diabetes in humans. One reason that insulin resistance is important in equine medicine is because of its strong relationship to the development of laminitis.

The number of horses with insulin resistance and the exact causes of this medical condition remain largely unknown. Experts speculate that diet, breed, individual metabolism, genetics, age, and body condition all contribute to the development of insulin resistance.

The physical changes that develop in insulin resistant horses are primarily related to elevated blood glucose levels. Common signs include abnormal fat deposits such as a cresty neck or lumpy fat patches that persist even if the horse loses weight. Common locations for fat pads include over the eyes, within the sheath or udder, and fat pads on the neck, rump, or over the tail head. These horses are often “easy keepers”. One of the hallmarks of this condition is chronic, ongoing, or recurrent laminitis, often triggered by grass (even small amounts). In fact, continued issues with laminitis are often what spur owners to have their horses examined. Insulin resistance tends to have a slow, insidious onset and its clinical signs can be very subtle initially. 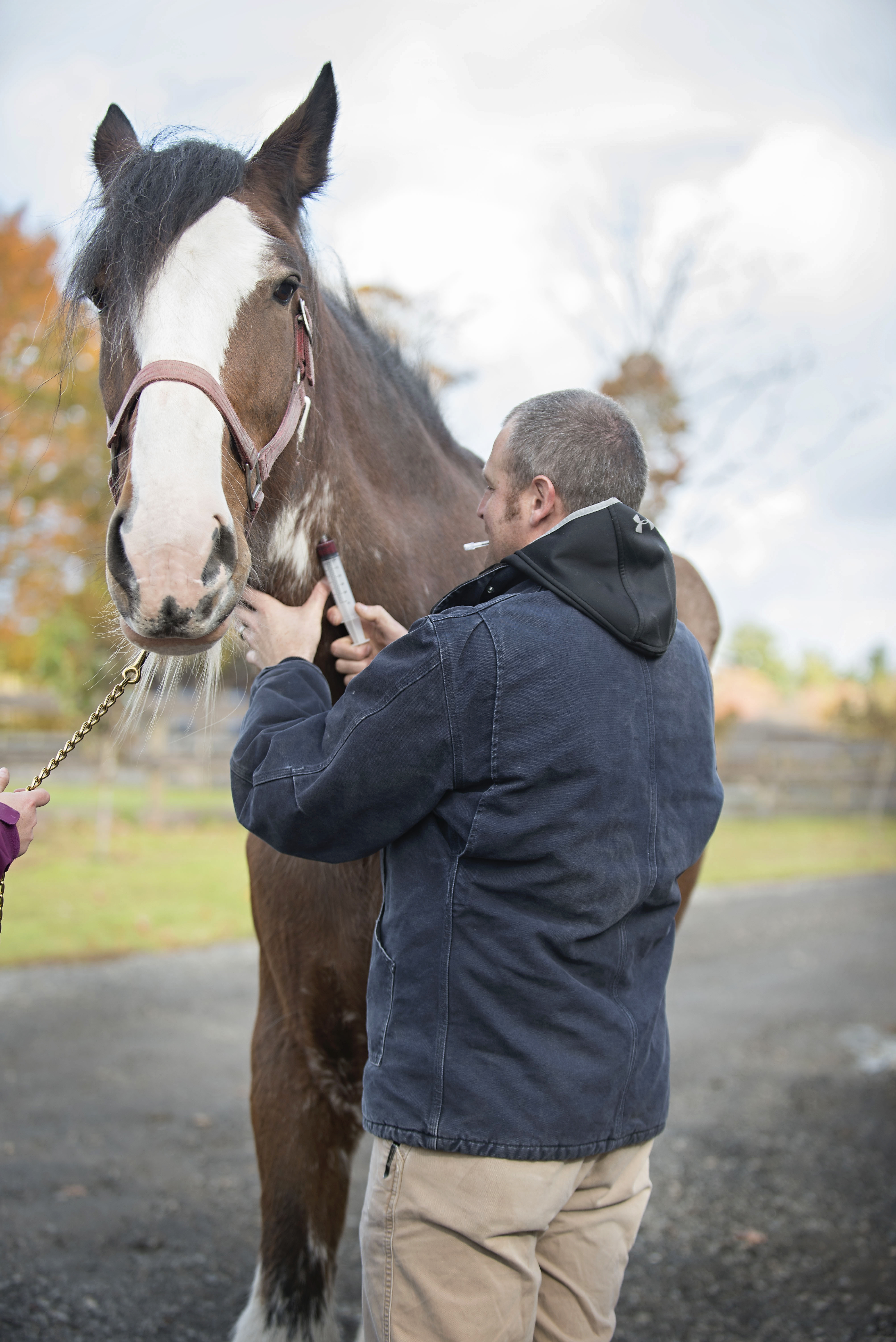 If you suspect your horse may be insulin resistant, we always recommend starting with a thorough physical exam. Sometimes, an owner does not suspect that their horse has IR, but we find characteristic body changes on physical exam, that lead us to suspect IR. If IR is suspected, we will perform laboratory testing to measure the horse’s insulin, glucose, and leptin (another closely related hormone). These tests are useful for both diagnostic and treatment purposes, and will be rechecked once treatment is started, to monitor effectiveness of therapy, and to make dose adjustments if needed. Whether or not your horse is displaying signs of laminitis (or has in the past), we always recommend obtaining radiographs of the feet in IR (or suspected IR horses). These radiographs are extremely helpful because they allow us to screen for past or current laminitis episodes, and we can work together with your farrier to make appropriate shoeing/trimming recommendations.

Appropriate management strategies are an important part of treating insulin-resistant horses. Affected horses should have virtually no access to lush pastures, instead, feed low-sugar/low-starch grass hays and eliminate all other high-sugar feeds from the diet. Insulin resistant horses also benefit from regular physical exercise. Exercise in the form of hand walking, longeing, long-lining, driving, riding, ponying, or any combination of the above is advised. Be certain that you do not institute the exercise regime in the midst of a laminitic episode.

Medications including levothyroxine and metformin are often used in conjunction with diet and exercise to manage IR horses. These treatments help with both weight loss and improving insulin sensitivity.

Horses diagnosed early and given properly instituted, consistent care can lead normal, healthy lives. Severe cases compounded by chronic laminitis, however, need more aggressive management. It’s also important to have an annual wellness examination done to monitor the progress of your IR horse, or to pick up on subtle signs that your horse may have insulin resistance (if not previously suspected).

Equine Cushing’s disease is fairly common in the horse industry; that’s because 1 out of 5 horses over the age of 15 have the disorder! The term Equine Cushing’s Disease was coined for the similarity to the syndrome in humans and dogs. In humans and dogs, Cushing’s is most commonly caused by either 1) an adrenal tumor or 2) a tumor in the anterior lobe of the pituitary gland which causes excessive growth of the adrenal gland. Both of these cause an increase in cortisol (a steroid). In horses, Cushing’s is primarily due to a tumor in the intermediate lobe of the pituitary gland, but there is no associated growth of the adrenal gland. That’s why the technical name of it is Pituitary Pars Intermedia Dysfunction (PPID).

Similar to Cushing’s disease in humans, but affecting a different area of the pituitary gland, PPID is associated with elevated levels of hormones in the blood. Horses with the condition often have a wide range of clinical signs depending on the stage of the disease, from loss of energy to muscle wasting, and the condition is more common in older horses. 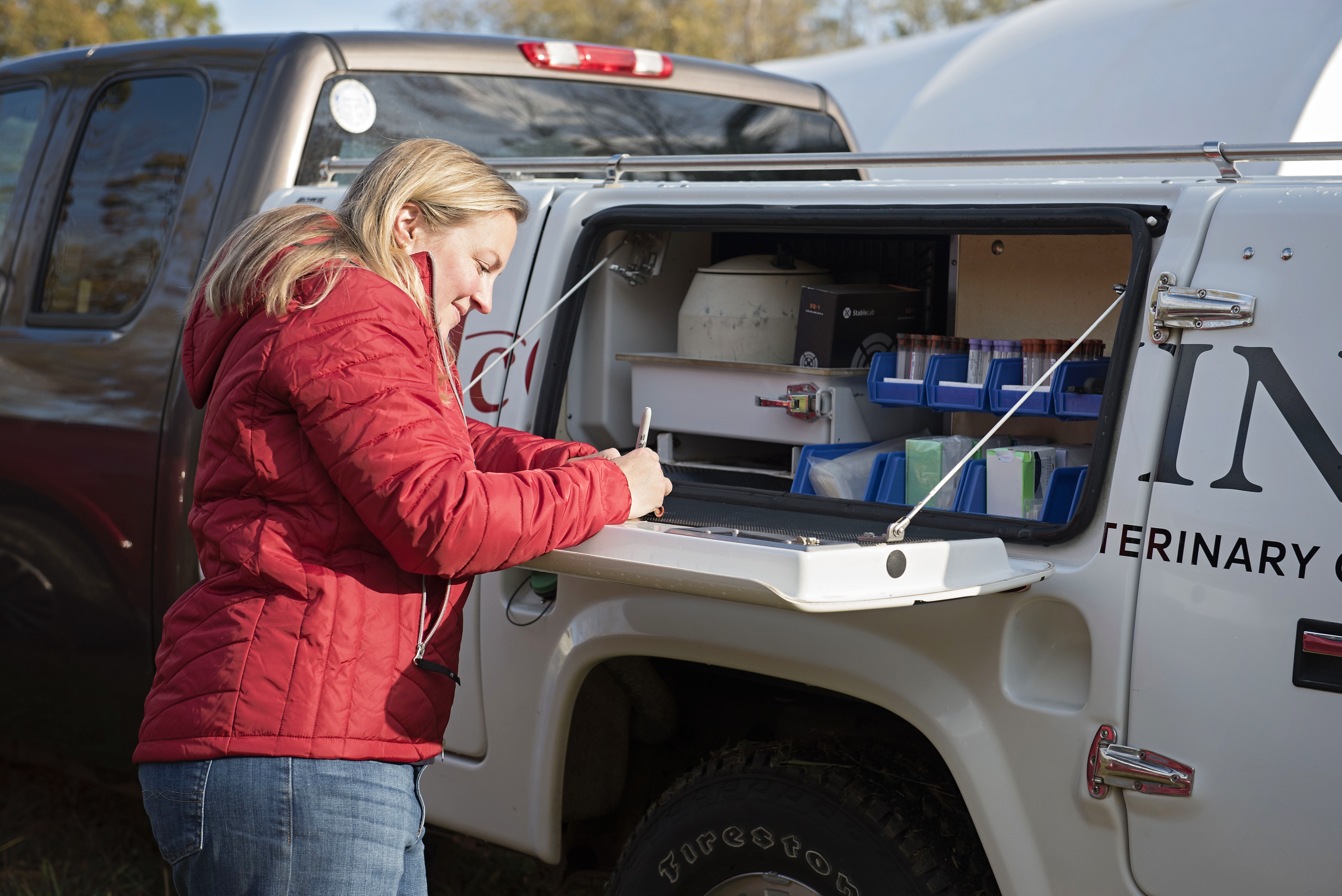 As the pituitary tumor grows, it secretes a hormone called ACTH (Adreno-CorticoTrophic Hormone) This hormone signals the adrenal gland to secrete cortisol (a steroid), also known as a “stress hormone”. The chronically increased level of steroids in the body wreaks havoc on the balance that the system usually tries to attain. This is what leads to the common signs of PPID, including loss of energy, excessive hair growth, slow or incomplete shedding, or abnormal patches of hair, lethargy, weight loss/muscle wasting, recurrent infections (such as hoof abscesses and sinus infections), chronic laminitis, pot-bellied appearance, or development of abnormal fat pads. If we see horses with these signs, we will recommend further testing. In order to definitively diagnose Cushing’s we will perform a test called Thyrotropin Releasing Hormone Stimulation test (TRH Stimulation for short), which is the test currently recommended by the Equine Endocrinology Group, a group of veterinarians specializing in PPID. TRH causes the pituitary gland to release more hormones and ACTH concentrations increase to a higher level in horses with PPID, compared to horses without PPID. This gives us a very reliable test to determine the presence or absence of Cushing’s disease and has been shown to be more reliable than a baseline ACTH. This test is easily performed on the farm by injecting TRH intravenously, and collecting a blood sample 10 minutes later. The blood sample is then centrifuged on the farm, and sent to the laboratory for testing.

Treatment for Cushing’s disease includes a combination of medical therapy as well as management. Currently, the only approved drug for Cushing’s Disease is Prascend® (pergolide). This is a daily medication that will need to be given for the remainder of the horse’s life. This drug aims to reduce the amount of circulating ACTH, thereby decreasing cortisol levels. We often see a quick turnaround with horses once we start them on Prascend – owners will often comment that their horse seems to have “dropped 10 years” a month or so after treatment starts. Once a horse is started on Prascend, we will perform recheck a TRH stimulation test in 30 days to ensure that he is on the correct dose of medication. The other aspect of treating Cushing’s is management. Appropriate foot care is important, to reduce the incidence of hoof abscesses and laminitis, and horses with Cushing’s disease should always be managed more carefully with regards to wounds and parasite control, since their immune system is often not 100% normal due to the effects of cortisol, so they will always be prone to chronic infection, non-healing wounds, or higher parasite burdens. While Cushing’s disease is common and incurable, it can be very successfully managed. Horses that have well managed Cushing’s can continue their performance careers and live happy and relatively healthy lives for many years to come.